Sat here in my garden, the warm evening rays of the departing sun warms my skin. A glass of white wine is firmly griped within my hand with the remaining half a bottle sat on the table before me. I’ve been reading a novel, one set in glorious Florence Italy. The Sixteen Pleasures by Robert Hellenga, has left me in a state of day dreaming, I lose myself as I try to visualise the beauty that is Tuscany! This somehow leads me away from what is proving to be an incredibly written novel!

“No, no … No…”
I’m not running off, leaving the sounds of my giggling children far behind me as I head of to throw my wardrobe into my suitcase in-order to catch the first available flight to Tuscany! Yer… As if! I’m just off to fetch my MacBook so I can ask my good friend Google to show me a couple of images of this italian dream location. Is it as beautiful a place as the one I had now created in my mind?

Italy is full of beauty, it’s a country that is filled with romance, religious traditions, breathtaking scenery and incredible cuisine. My children have been blessed with a touch of the Italian gene through that of their father (Why else would I have given my eldest son a name like Giovanni).

I’ve been to some beautiful places both on the Italian mainland and it’s neighbouring island of Sicily. Though I must be honest, Tuscany is somewhere I’ve not had the pleasure in visiting and it’s only now as I begin to look at it in such finer detail, My eyes are opened to its exquisite beauty and I’m left questioning myself, “Why haven’t I been here before?”.

This is a part of Italy that has now somehow captivated me purely from reading about its existence.

There are many elements of beauty and interest that surround Tuscany, it’s artistic legacy, beautiful wine and outstanding locally produced cuisine. But over all it’s that combined element of cultural, historical, natural and architectural beauty that swings it for me!

I can just visualise myself stood on a cobbled terrace belonging to a beautiful old italian farmhouse that still displays that same originality as it did hundreds of years before. A breathtaking Tuscan countryside lined with vineyards and rows upon rows of olive trees.There is no ending to be seen just miles of natural outstanding beauty.

A picturesque vision, one of Intertwined tones of greens and yellows that form the rolling hills that descend into nothingness. But set somewhere deep within the Italian countryside of Tuscany is that of this small remote but equally as beautiful, dusky medieval village with its narrow cobbled walk ways, lit up by a string of little town house, its quite simply idyllic.

I’m drawn in by it’s culture, the way of life this Tuscan village has to offer. I’ve done the big organised holiday at the all inclusive beach resorts and although these can sometimes be pleasing I still find it difficult to understand how this would offer that fabulous cultural experience that a new place of travel should ultimately bring. Can one really relate when I state that I want to smile at the passing locals as I sit on the doorstep drinking a glass of ‘Vernaccia di San Gimignano’ How about the wonderfully inviting aroma of freshly baked Italian beard that drifts through the old wooden windows while as you rise from your bed on an early summers morning?

It’s important to me that such a place of cultural heritage, fine architectural beauty and stunning scenery should be fully appreciated for all it has on offer. For me it really isn’t about 5 star beach side hotels. I’d much rather experience villas in Tuscany or that of a traditional Italian farmhouse. When opportunities arise, these should be taken fully for granted in order to experience a new and wonderful way of life that’s a bit different than the one that we’ve always known because who knows if we’ll ever be given such opportunities again! For me a holiday in Tuscany would begin with the throwing away of any itinerary (unless I’m with the children as this would then become one of the most important aspects of our holiday due to my eldest child’s autism diagnosis). I guess this is partly the reason while I seek this degree of spontaneity when holidaying alone or with friends.

Since asking my very good friend “Google” for the run down on this place I’ve uncovered a string of beautiful finds that I’m almost certain I’m destining to be. San Gimignano a hill top medieval village was that of my vision described above. Yet, I’m far from finished. I feel that my description relating to my favourite element of Tuscany lacks the credit it deserves.Though yes, it is clear to see that Tuscany oozes character with its historical villages, beautiful surrounding greenery, fresh water lakes and stunning architecture, Its felt that there is still so much more you really should know in-order of fully appreciating my visualisation of that of Tuscany.

The next path of this Journey leads us to the beautiful city of Siena. One that boast rich Italian cultural traditions, rare and beautiful original buildings from churches to museums and of course some of the worlds finest art galleries! Although this is a city, it’s cobbled narrow winding roads, pretty churches and amenities make it seem more like a friendly little village. Whats more Siena’s location within the hilly hilltops of the Tuscan countryside add to its rare character and charm.

Siena is a city of many treasures and it’s the spectacularly designed Duomo a glorious gothic cathedral located just above the cities popular historic square ‘Piazza del Campo’ that is home to many. Inside this magnificent cathedral you will discover ancient workings of art, such as original paintings and beautifully crafted sculptures by some of the worlds most famous artist. Here you can view original masterpieces by Donatello & Michelangelo just to name a few (and … No i’m not referring to the Teenage Mutant Ninja Turtles so don’t even go there)!

The Duomo is a somewhat impressive build which dates back to 1215 and is recognisable for its fine display of Marble black & white symbolic stripes both inside and out. Its arched appearance and spectacular bell tower add to its mediaeval charms! One may actually refer to this historic cathedral as something of an architectural work of art.

Now although this Tuscan city is more peaceful than most there is a period of time when it plays host to a number of popular traditional italian festivals. During the summer months both locals and tourist flock to its stunning medieval square the ‘Piazza del Campo’ to witness the well known Palio, two of Italy’s most spectacular horse races that are followed by a magnificent display in one of its most talked about medieval pageants.

As many will know, Italy is a country renown for its religious artefacts, its only logical that it would house some of the worlds most beautiful churches. The Catholic Faith is one taken very seriously, it forms a massive part of Italy’s cultural history and will continue to shape much of its future. My interest and love of architectural beauty can easily be ignited when stood before me is a magnificent house of worship… I’ve stepped inside some of Italy’s most magnificently designed churches, ones that have simply took my breath away.

While researching the churches on offer in the area of Tuscany, it quickly become apparent that it was home to some amazing places of worship. Its really not difficult to paint the picture in ones mind. The sound of church bells can be regularly heard ringing out throughout Tuscany’s towns and cities, each one housing its own historic church yet each defined by that of its own beauty. Medieval churches can be found nestled between the orange and olive groves of the Tuscan countryside, while others sit upon slopping hilltops, the grounds that surround them, a sea of red when the sweet smelling Poppy’s blossom in the spring time.

For me Tuscany has suddenly become an extremely appealing destination that has left me needing and wanting to explore it more. I wish I could continue in writing what i’ve come to learn about the wonderful delights that are florence or the history that surrounds Tuscany’s Pisa home to the extraordinary leaning tower of pisa. 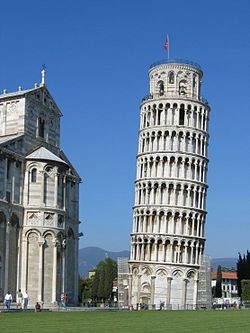 Sadly I must now reluctantly return to that of reality! Yes, the whether that was once described as a warm summers evening, has took a rather sudden turn for the worse! It’s now pouring bucket loads and my washing that is hanging from my washing line is dry no more! Oh well, that’s the danger of dreaming. 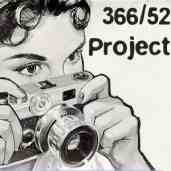 Random musings from a Highland parent doing their best